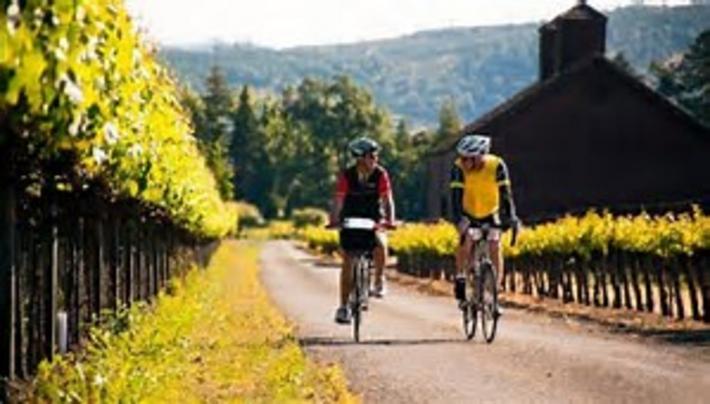 15 Mistakes to avoid on a Caribbean vacation https://www.travelandleisure.com/travel-tips/mistakes-to-avoid-on-a-caribbean-vacationgraph here.

Have question, comments  Check out our International Network

If friends and family don’t understand what’s about to happen and aren’t supportive of your vision, they’ll cause personal misery, not to mention a major distraction from the business. Have a candid conversation to manage expectations. “Tell them, ‘I’m going to give this my attention, and while it doesn’t mean you’re not important to me, it may feel that way,’” Kamil says. “You need to be sure these areas are buckled up, because entrepreneurship will shine a light on whatever parts of your personal life are weak.”

2. Confusing a product with a business
In this age of apps, Atlanta-based serial entrepreneur and company strategist Eric Holtzclaw says wannabe ’treps don’t always know how to build upon their success. “A product solves a single need,” he says, “but a real business has something customers will come back for again and again.”

Here’s how to make the distinction: Do you have potential revenue streams beyond the customer’s initial purchase of a product? That’s a key factor for prospective investors, who “want to see what the next thing is and want to make sure there’s some longevity beyond what you’re offering today,” Holtzclaw says. “Are you going to license the technology to someone else? What does the business look like in three or five years? That’s a big concern from an investor perspective, and that will help you determine whether you even have a business at all.”

3. Not paying for expertise
We say this with full respect: You’re not good at everything. You can’t be. And yet, every part of a business should be done expertly — particularly the tricky stuff like taxes and legal issues. “Structuring not only the company but also potential investments in the wrong way can come back to haunt you,” says serial entrepreneur Greg Rau, COO of Rigado, a hardware engineering firm based in Oregon.

So where it really matters, don’t download some free online guide or think you can handle it yourself. Find an expert whose job is to know exactly what you need to do. The place Rau says entrepreneurs are particularly in need of an expert eye: “When drafting the terms you accept investment on, if you don’t pay attention to things within the terms sheets, like liquidation preferences, that could hurt you on the company’s future sale to the point where the founders may end up with nothing.”

4. Ignoring data
“Magical thinking can kill any business,” says Lisa Stone, the San Francisco-based cofounder of the online community BlogHer. You can’t just believe you’ll succeed, Stone notes, you need to actually crunch some numbers and figure out if you will succeed. There has to be data that validates that your big idea is real, or at least provides a leading indicator that it could be. Once you collect that data, use it to create key performance indicators or milestones to show your idea or business is progressing.

Stone speaks from experience. In the early stages of BlogHer, she and her partners were told that women would never blog in large enough numbers to support an annual conference. But the data they collected from their first small test conference confirmed their belief that the plan would work. The event, organized in four months, sold out, with more than 300 women showing up and netted the team $60,000, which was poured back into the company.

5. Scaling too quickly
Here’s a scary number: Seventy-four percent of high-growth internet startups fail because they scaled too fast, too soon. (That’s according to a report by Startup Genome.) “It happens a lot,” says Erik Rannala, cofounder and managing partner of Los Angeles-based Mucker Capital. “People raise money, think they’re flush with cash and then spend it on the wrong things. But by the time they realize that spending isn’t getting them anywhere, it’s often too late.”

What are they spending on? Anything, it seems, from marketing to hiring too many employees too quickly. But the basic problem is the same: They’re draining the budget on things that aren’t essential to expansion or determining whether their business is even viable. “When you start to spend money, you need to either have more or have a way to generate more,” Rannala says. “Because if you run out of money before you actually hit any real business milestones, you’re going to have a very hard time raising more.”

6. Clinging to the wrong idea
“You have to realize that sometimes you’re pushing up the wrong hill or you’re pushing into a brick wall you’re never going to break through,” Rannala says. This mistake is especially prevalent among first-time entrepreneurs and people entering an unfamiliar market — folks who just fall in love with their original idea and can’t recognize how much it’s failing.

Don’t go on gut. Go on evidence. Evaluate how your product fits in the market. Maybe you run experiments on what tactics or product tweaks draw in customers the best. Or maybe you closely track how much it costs you to acquire each customer — and if small tweaks make that cost go up or down. “For consumer internet companies, for example, there are five or six tried-and-true ways to acquire customers,” Rannala says, “and if you try them for six or 12 months and none of those tactics work, that might be a sign that there’s something wrong.”

7. Failing to delegate
It’s perhaps the most classic problem in management: Rather than give up control and trust others to take the reins, you try to do everything yourself — and fail. The instinct is understandable, of course. “Most good entrepreneurs are very strategic, so they don’t want to have to worry about whether the fine details are being accomplished,” Holtzclaw says.

So, what to do? Delegate, obviously. Start by drawing up processes, almost like a guidebook for how to do things the way they should be done. That way you’ll feel calmer, and your employees will have the direction they need. “If you don’t do that, you’ll hire too quickly because you’ll think, I’m so overwhelmed, I’ve got to bring in somebody,” he says. “Well, if you’re overwhelmed and no one can take anything off your plate, you’re never going to get out of that state. You have to delegate.”

8. Thinking money solves everything
Struggling entrepreneurs often think that if they can just raise another round of financing, their problems will be solved. But money doesn’t work like that. It can’t solve a fundamental issue with a business model, says Carter Cast, professor of entrepreneurship and innovation at Kellogg School of Management and a venture partner at Pritzker Group Venture Capital.

“If your business model isn’t sound, throwing money at it is not going to work,” Cast says. “You have to fix the problem first and then raise the money. Doing it the other way around will only get you in more trouble.”

9. Underestimating how long a sale takes
Let’s get this out of the way: Sales take time. Many startups operate as if they can close a big enterprise account in three to six months — but in reality, a deal like that can take more than a year. And if your business plan doesn’t account for that, you’re going to be in trouble.

“They have to sell in to the C-suite, the line manager, the technology folks and the product manager. There are multiple levels of approval, and then there’s a scoping and discovery and implementation process,” Cast says. “I’ve seen many companies run out of cash because they have been too aggressive in estimating their timelines.”

Related: How to Fail Fast, Rebound And Rapidly Innovate in Your Industry

10. Fearing failure
“Fail fast” may be a popular catchphrase, but Kamil isn’t a fan of it. No matter how much entrepreneurs may glorify failure, there’s still that scary word: fail. And nobody wants to be the opposite of success. “It’s really the wrong term, because ‘failing’ means there’s no benefit, and most times that’s just not true,” he says.

Change the mindset. You didn’t fail — you ran an experiment that will improve your next business. “It’s learning,” Kamil says. “Although it hurts a little bit each time, now you’ve learned something and you can apply that lesson to move forward and make your business better.”

So, were these still 10 types of startup failures? Sure, technically. But that just means they’re also 10 ways to learn.